American/British conductor Johann Stuckenbruck is an assistant conductor at Glyndebourne Opera House and a cover conductor for the San Diego Symphony Orchestra. A quarter-finalist in the 2019 Besançon Conducting Competition, Johann has conducted the Hallé Orchestra, the Royal Northern Sinfonia and at Glyndebourne. 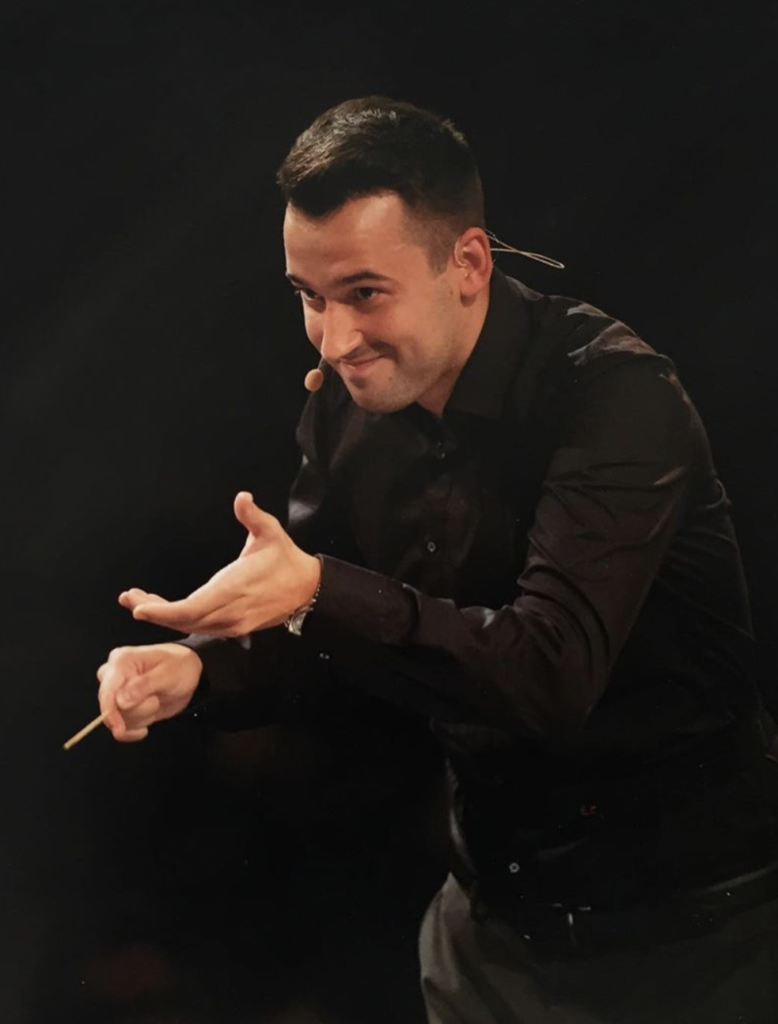 Recipient of the ASRAM Prize, Johann graduated from the Royal Academy of Music in 2017 with distinction. Shortly after graduating Johann was second conductor to Sir Mark Elder and the Hallé at the Edinburgh Festival and made successive debuts as second conductor on the world premiere of ‘Belongings’ at Glyndebourne, as a guest conductor with the Hallé Orchestra at Bridgewater Hall and the Royal Northern Sinfonia at the Northern Aldborough Festival.

In opera, Johann made his Bloomsbury Theatre debut conducting Kurt Weill’s ‘The Tsar has his Photograph Taken’ and was assistant to Rafael Payare on Rossini’s ‘Il barbiere di Siviglia’ at the 2019 Glyndebourne Festival. He also gave the world premiere of Joanna Lee’s ‘No Sound Ever Dies’ at the Brooklands Museum and has conducted productions of Rossini’s ‘La Cenerentola’ (Bedford Park Festival) and Donizetti’s ‘Lucia di Lammermoor’ (Fulham Opera). Johann was also assistant conductor to Mathieu Herzog at the inaugural Blaricum Festival in the Netherlands.

Future engagements include cover conducting for the San Diego Symphony Orchestra with Rafael Payare/Alisa Weilerstein, assisting at Opera North on Britten’s ‘Turn of the Screw’, returning to the Glyndebourne Festival for Donizetti’s ‘L’eliser d’amore’ and concerts with the Hertford Symphony Orchestra, Covent Garden Chamber Orchestra, the Blaricum Festival Orchestra and the Saloman Orchestra.

Orlando Jopling works for the Royal Opera House and Royal Ballet as guest music staff, and is Associate Conductor of English National Ballet, conducting performances at the Coliseum, Sadler’s Wells, Royal Albert Hall and on tour in the UK and abroad.

Orlando was principal conductor and artistic advisor of the 145-year-old Royal Orchestral Society for ten years, and he is Artistic Director of the Roman River Festival in coastal Essex, conducting 3 concerts a year and working with, among others, Nika Goriç, Anthony Marwood, Mark Padmore, Alina Ibragimova, the Navarra Quartet, Nicola Benedetti, the Britten Sinfonia, the King’s Singers and Natalie Clein.

After reading music at Trinity College Cambridge, Orlando studied conducting at the Royal Academy of Music in London with Colin Metters, with visiting classes by George Hurst, Colin Davis, and Ilya Musin, and then studied to be a répétiteur at the National Opera Studio, where he won the first Leonard Hancock scholarship.

For ten years, Orlando played as a tutti cellist with the LSO, Philharmonia and other orchestras, learning from Bernard Haitink, Simon Rattle, Mark Elder, Riccardo Muti, Colin Davis, Valery Gergiev and Esa-Pekka Salonen among others. 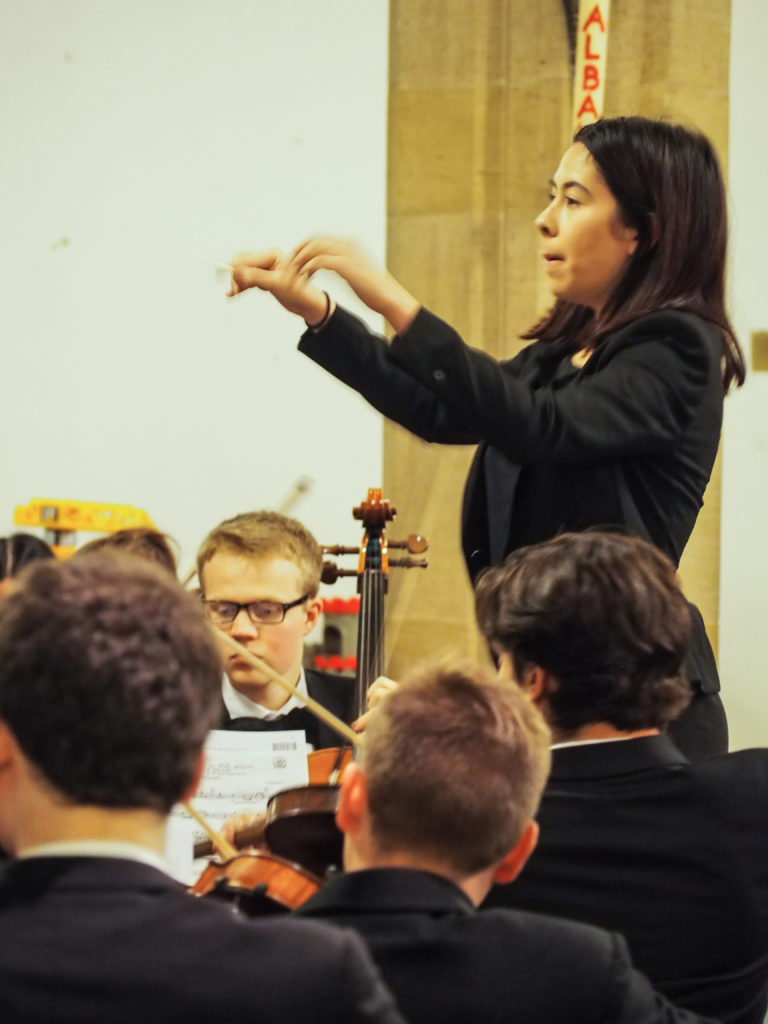 Charlotte Tripcony is a final year Music student at the University of Southampton and currently studies conducting with Robin Browning. She is primarily a trumpet player, having been principal player of the university’s Symphony Orchestra and also part of the Symphonic Wind Orchestra, for which she is Vice President.

Charlotte grew up in Penzance and has been a part of many ensembles throughout her life there such as Cornwall Youth Orchestra, Cornwall Youth Brass Ensemble, Cornwall Youth Jazz Orchestra and Penwrith Youth Wind Band. This enabled her to perform in various prestigious locations such as Birmingham Symphony Hall and the Royal Albert Hall.

Charlotte was awarded a scholarship to study Music at the University of Southampton and her current studies specialise in performance, conducting and music therapy. Charlotte would like to extend her thanks to Ben Oliver for his support and guidance.

how to find us

If you would like to support Sinfonietta check our our Support Us page for more details on how you can do this.

Follow our social media or email us at susinf@soton.ac.uk. Check out our Contact Us page for more details.